Hi there, fellow readers! It is finally time to start talking about our new game. For those who liked Kill Yourself, this should sound as good news: it’s going to be an adventure-puzzle game. Unlike Kill Yourself, however, this time our goal is to try to do something more orthodox, more reminiscent of the old point-and-click adventure games. There will be a plot *gasping sounds* instead of a set of separate puzzles that only shared the rooms and the inventory items. That will also mean more rooms and characters than what Kill Yourself offered.

In order to provide a coherent development of both story and puzzles, some high-level design choices had to be made before actually doing something. The most important thing in a puzzle game is… puzzles. You didn’t expect that, did you? Well, the problem with puzzles is that, in such a game, they can be extremely frustrating. You can’t just think of some enigmatic and clever puzzle and put it there. It has to be well justified by the story arc, otherwise the player won’t feel immersed in the adventure you’re telling. Moreover, it would be better to avoid creating dead ends and in general you have to be sure you’re providing a logical sequence of challenges to your player.

Borrowing from the undisputed adventure-gamedev guru Ron Gilbert, the concept of Puzzle Dependency Charts comes in handy for the design. For those who are interested into the details, we suggest to read that link. For those who aren’t, long story short: a rectangle is a puzzle to be solved and the inbound arrows specify what puzzles must be already solved before being able to solve it. Anyway, even if nothing’s written in stone at the moment and everything can and will change, here’s how the PDC for our game looks like (puzzles are left blank to avoid spoilers, of course). 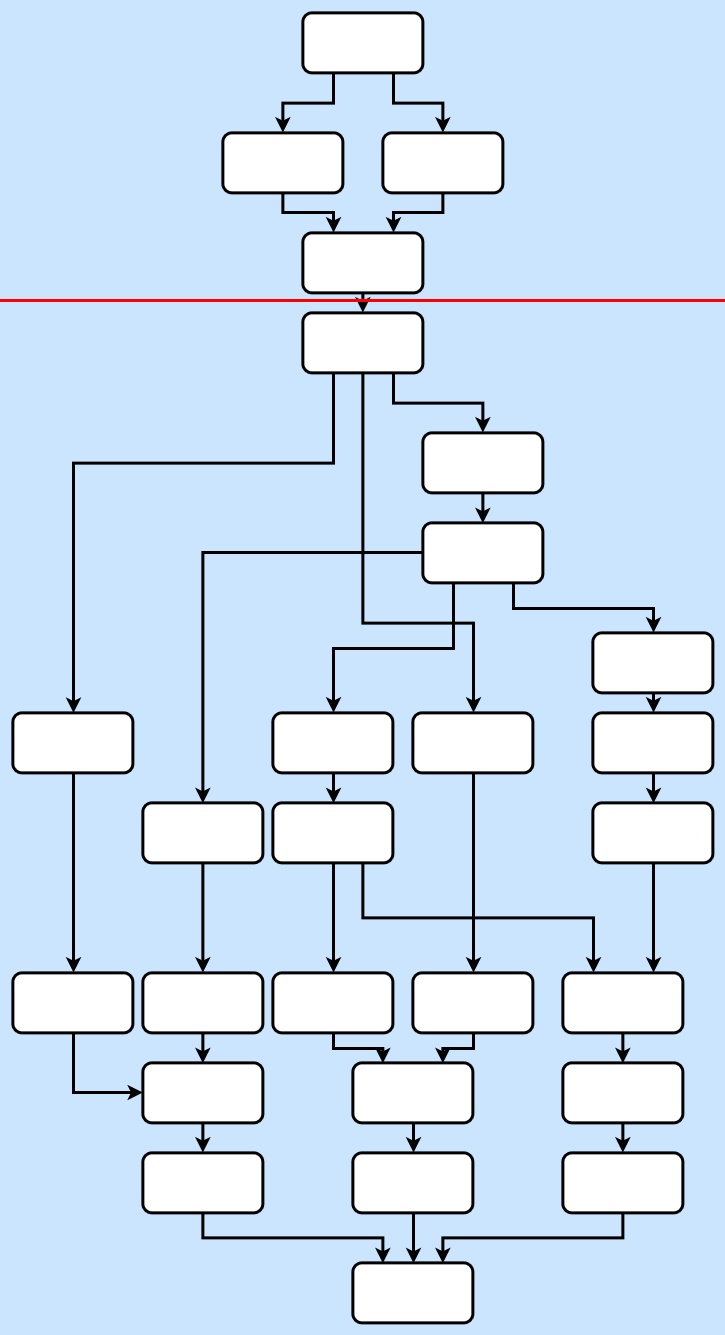 We feel satisfied with the branching, it should in theory mean that the player will be able to tackle down different puzzles in parallel, maybe focusing on something new if he/she gets stuck for a time. Which we hope will happen, because a good puzzle game must be puzzling.

The part above the red line is what we’d like to publish as a demo so that you can have a preview of what the game will be like. We can’t give a time estimate, unfortunately, but we hope it will be ready in a couple of months.

During the development we’ll post every update we think could be of interest, from technical details of the engine to character and location design, whatever we’re doing and doesn’t spoil too much will be found in these pages.

The title? We don’t have one, by now. Maybe we never will.

Previous Entries Here we are! Next Entries Switching to 2d